It has hardly been a week since the 21st annual Los Angeles Film Festival (LAFF), presented by Film Independent, returned to downtown LA and we are still reeling from what a success it was. The nine day festival, June 10 – 18, was chalked full of red carpet premieres, live music, outdoor screenings, master classes, conversations with industry professionals and of course, films. Selected films ranged from feature-length fiction programming, to genre films and documentaries from around the world. Additionally, 2015 was the inaugural year of Launch, a program aimed at expanding the scope of storytelling through digital means such as web series, music videos, podcasts and independent gaming experiences. 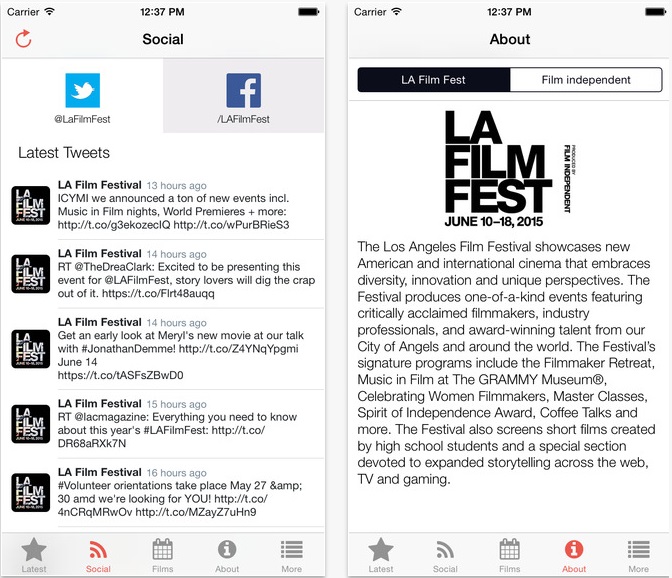 This year’s app serves as an interactive film guide with up-to-date festival information and social feeds to keep festival goers connected with the latest updates, all in the palm of their hands. Additional features include a searchable film schedule & calendar with all of the pertinent information about each film – including trailers and credits. The app also features a mapping component that provides directions to the venue of choice. One of the most popular components of the app is the ‘Favorite’ tool; allowing festival goers to personalize and curate the festival to the events and films of interest to them. 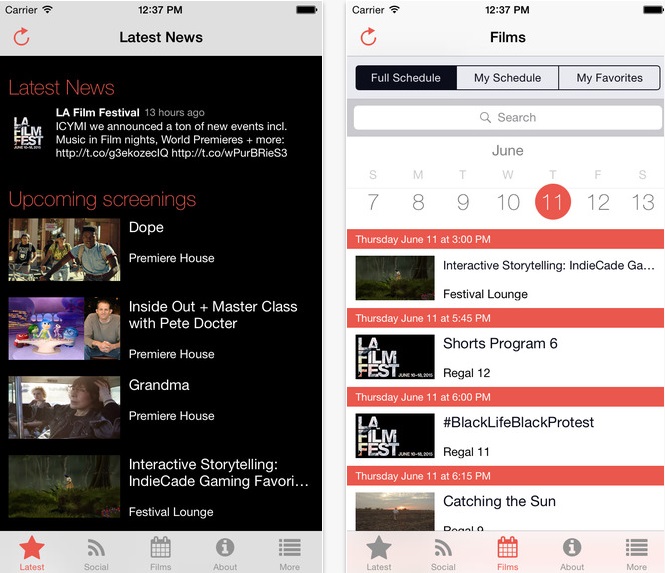 Our mobile app development process— starting by establishing goals and strategy, then implementing design and development  and finishing with a launch plan —allows us to remain in sync with the client every step of the way. Our ability to coordinate with festivals is summarized best by our CEO and Founder Kelly Cutler, explaining, “We guide festivals with the technology, but they maintain creative control. Our goal is to make it easier for the festival directors to sell tickets, promote filmmakers and increase real-time communication.” 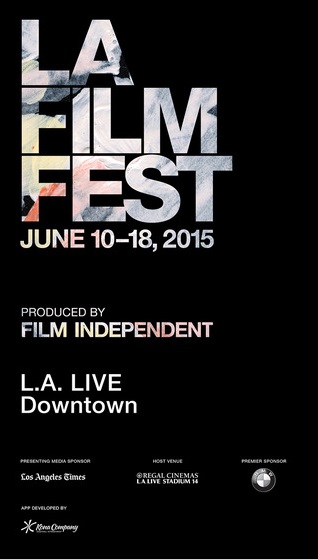 The insights gained from the LA Film Festival were astounding. We found that the most popular aspects of the app were the schedule and calendar features. With almost 47,000 total visits since launch, 29% of users are new and 71% of users return. The app has also enjoyed zero crashes and reached its peak usage on June 13, the third day of the festival. App engagement was fantastic with the average user spending over four and a half minutes on the app per session.

Beginning with efforts by two of the most notable film festivals in the world, Cannes and Sundance, festival apps have risen in popularity–and much of this has to do with the rise in mobile device usage itself. In fact, with 58% of American adults owning smartphones and 42% owning tablets, it is true when Cutler affirms that “mobile is no longer a new trend, it is the trend.” Recognizing this trend, film festivals worldwide enjoy the benefits festival apps provide–less reliance on paper programs (saving resources and money) and the ability to provide festival goers with timely updates on scheduled screenings, previews, film information and venues. We have seen, in the case of LAFF as well as our partnership with the Newport Beach Film Festival, that festival apps lead to greater flexibility and communication, increased attendance, better audience engagement, and a more rewarding overall experience for both festival goers and management.

Learn more about our festival apps here and contact us to learn how Kona Company can deliver a strategic mobile app for your festival.